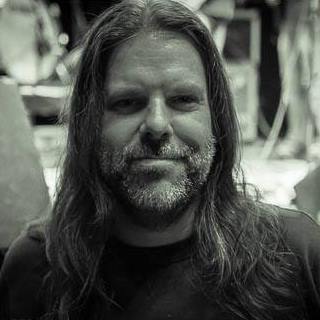 Q: How long have you been at IT? In this role?
A: I believe I was the first tester hired by Incredible Technologies back in 1998. Before then, the programmers would mostly test their own code, and put out test versions at a local bar to see how players liked what they were doing. Back then, we only worked on arcade games like Golden Tee Golf and World Class Bowling. For the last 10 years or so I’ve been strictly working on our line of casino gaming machines.

Q: What’s your favorite part of working at IT?
A: I really appreciate working for a privately owned company. Not having shareholders means IT can put their employees above their bottom line.

Q: How did you get into game testing/Quality Assurance?
A: I had been doing room service at a fancy hotel in Oak Brook, but someone I worked with showed me an ad in the paper about testing video games. The only requirement was that I loved video games. So I went in for an interview and was hired by ICOM Simulations, who created one of the first PC CD Rom games with full motion video: “Sherlock Holmes Consulting Detective.” There were other people who interviewed alongside me, but I was told they didn’t get the job because they dressed up too much. I had just come in with a T-Shirt and jeans, which better fit the culture at that company. ICOM was quickly bought by Viacom and we became “Viacom New Media.” We started working on video games for Super Nintendo and Genesis that were based on their properties from MTV, Nickelodeon, and various movies. I was testing things like Beavis and Butthead, a game based on “Ahhh Real Monsters” and the video game adaptation for “Congo” (the movie).

Q: How do you explain to others what you do?
A: I usually just say I test video games, and then when they tell me how much fun it must be, I point out that it’s also work because we are looking at games that are not working properly yet. There’s also lot of attention to detail involved in figuring out why games are breaking and then explaining that to the development team clearly.

Q: Why is QA important for IT’s casino gaming development?
A: Unlike arcade games, casino games are regulated by all of these governing bodies for each area they being used in. Our games have to pass all of these strict, specific regulations before they can be put on a casino floor to see what players think about them. We can’t just put something out there and then fix whatever we notice is broken or what players don’t seem to like after that point. We have to make sure all of the critical bugs are gone before we can be approved, and then once we are approved, it would be a very rare case for us to actually re-tool a game to make it better and then resubmit it for re-approval. We usually only have the one shot at getting things right. We also provide the next best thing to player feedback when we bring up issues where we think the game could be more fun, or less confusing.

Q: What’s your favorite part of working in QA?
A: I really enjoy working closely with the programmers. The main programmer I work with is Bill Pfutzenreuter (Pfutz) who helped program such classics as “Joust” and “Pinbot” back in the day. These old school programmers had to be incredibly meticulous and efficient, because they were trying to get all of their game code to fit within the limited memory they had to work with at the time. I think Joust’s entire game code (including sounds and art) had to fit within its 64k ROM, which seems mind blowing in today’s age of Gigabytes and Terabytes.

Q: Do you have a favorite IT game?
A: It’s hard to choose. Of course, who doesn’t love Golden Tee Golf? The feel of that game with the trackball controls and hook swing mechanics is sublime. Others have tried to outdo us, but nobody has ever matched that feel. I also really liked “World Class Bowling” and “Bags” (cornhole), which both used similar trackball controls to Golden Tee.

Q: Did you play slot machines or gamble before you started working here? Do you now?
A: I’m not much of a gambler. Usually if I’m in a casino, it’s to see a live music act, but if I’m walking through the floor and a slot machine cries out for me, I like to give them a spin here and there. One time I saw a slot machine with a full sized R2D2 model on top of it, and had to put in 5 bucks. I let it ride and ended up with $10 bucks, so I got to leave on a high note.

Q: Have you learned anything about the gaming industry that surprised you or struck you as interesting?
A: It’s interesting the way slot machines have evolved since they first appeared on the scene. They started out purely mechanical, and then became more digital as time went on. While the mechanical slot machine’s odds were determined by the physical reels and the physics of how they spun, today’s slot machines use a random number generator to determine the outcome, then simply display the appropriate reel positions for the appropriate win.

Q: Did you ever think you’d be working in this industry or have this job?
A: I have always liked video games, but up until I saw that ad in the paper for a testing position, it had never occurred to me that I would work in the industry. Being a Tester was a lot less daunting a prospect than becoming a programmer, so suddenly I figured it would be a good fit. 20 years later, I’d say it was.

Q: What’s your dream slot machine? Maybe a theme or feature that wouldn’t appeal to anyone else, but you’d play the heck out of it. (No, one that only produces wins is not a valid answer.)
A: I was thinking it would be interesting to do a slot game using the Dragon’s Lair license, but instead of there being reels with art from the original game, it would be a fully animated cartoon. For each “spin” a series of full screen animations would be strung together to animate Dirk the Daring fighting his way through the dungeon, and the wins would appear as segments of the animation where he’d defeat a monster or open a treasure chest. For a non-win, it would end with Dirk being killed and turning into a skeleton. The bonus game would be finding the Dragon’s lair, which would incorporate a more exiting series of animations that were more epic than the main game. If you managed to kill the Dragon, you’d win a huge progressive jackpot award. It’s probably too ambitious an idea for a gaming machine due to how much animation it would entail, but now that we can more easily animate stuff like this with a computer, maybe one day it would be feasible.